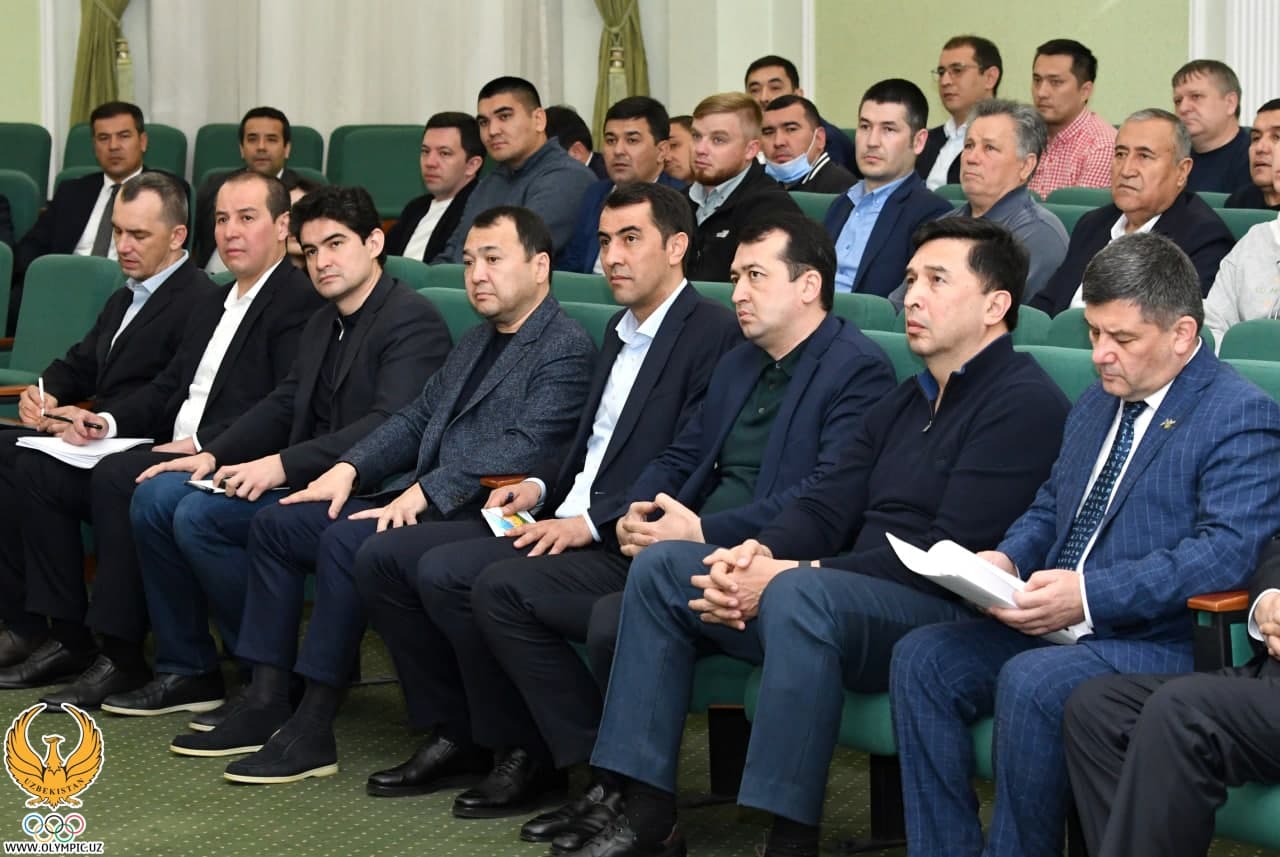 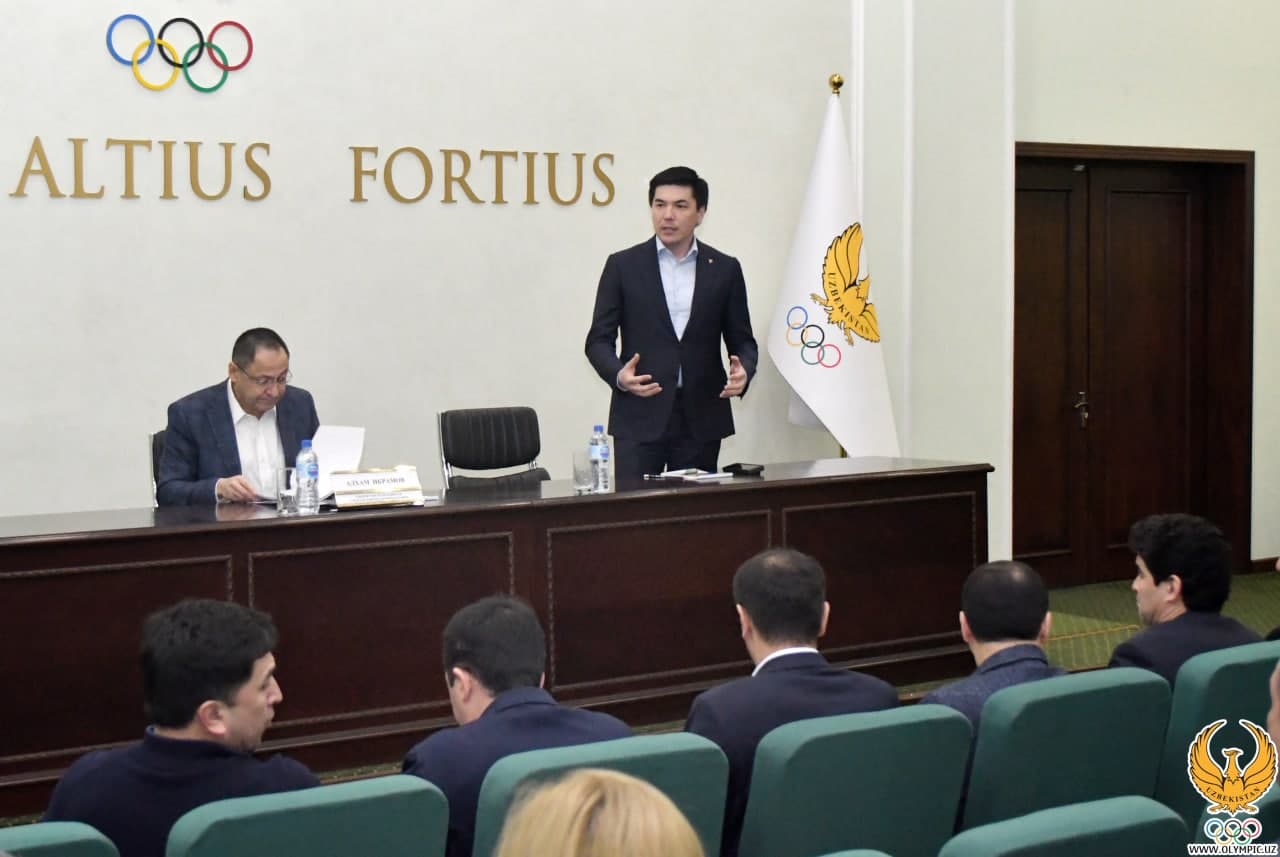 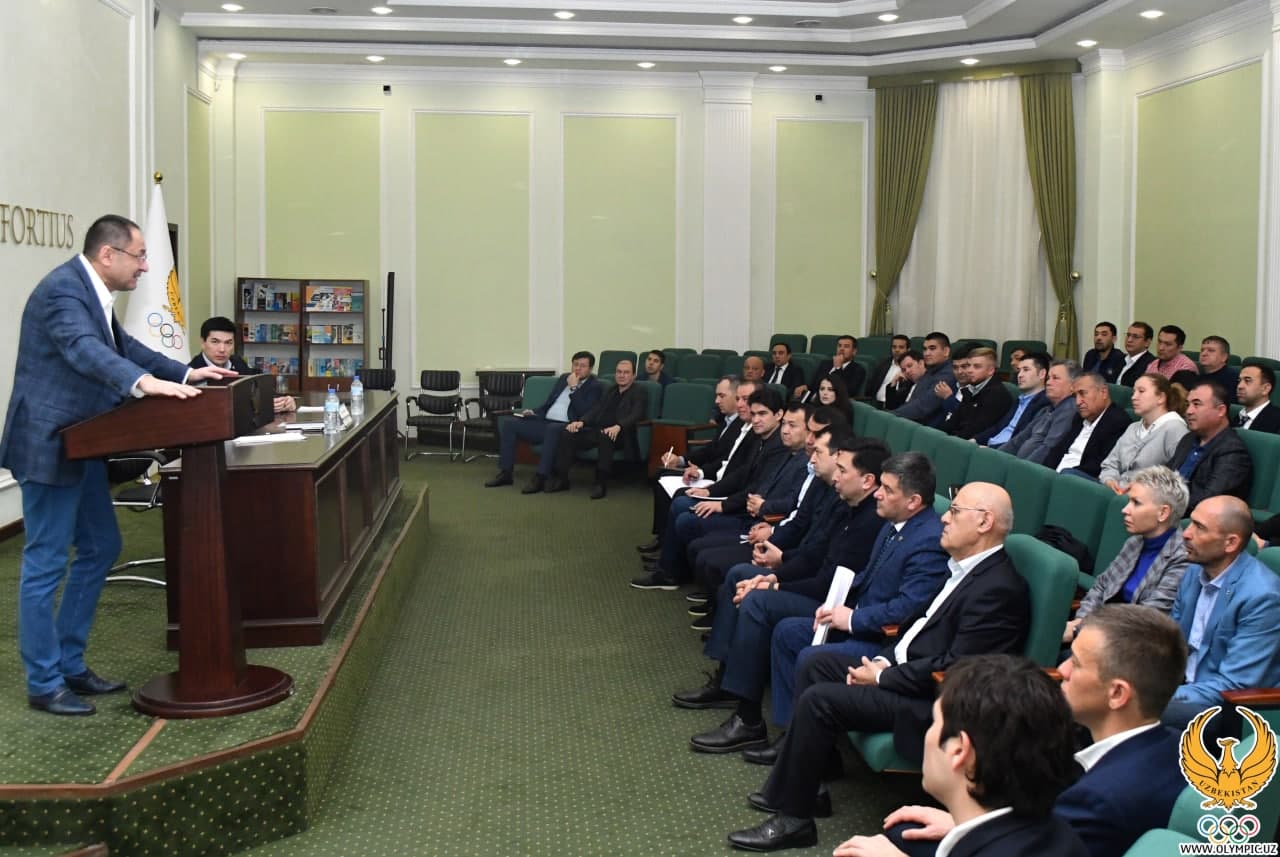 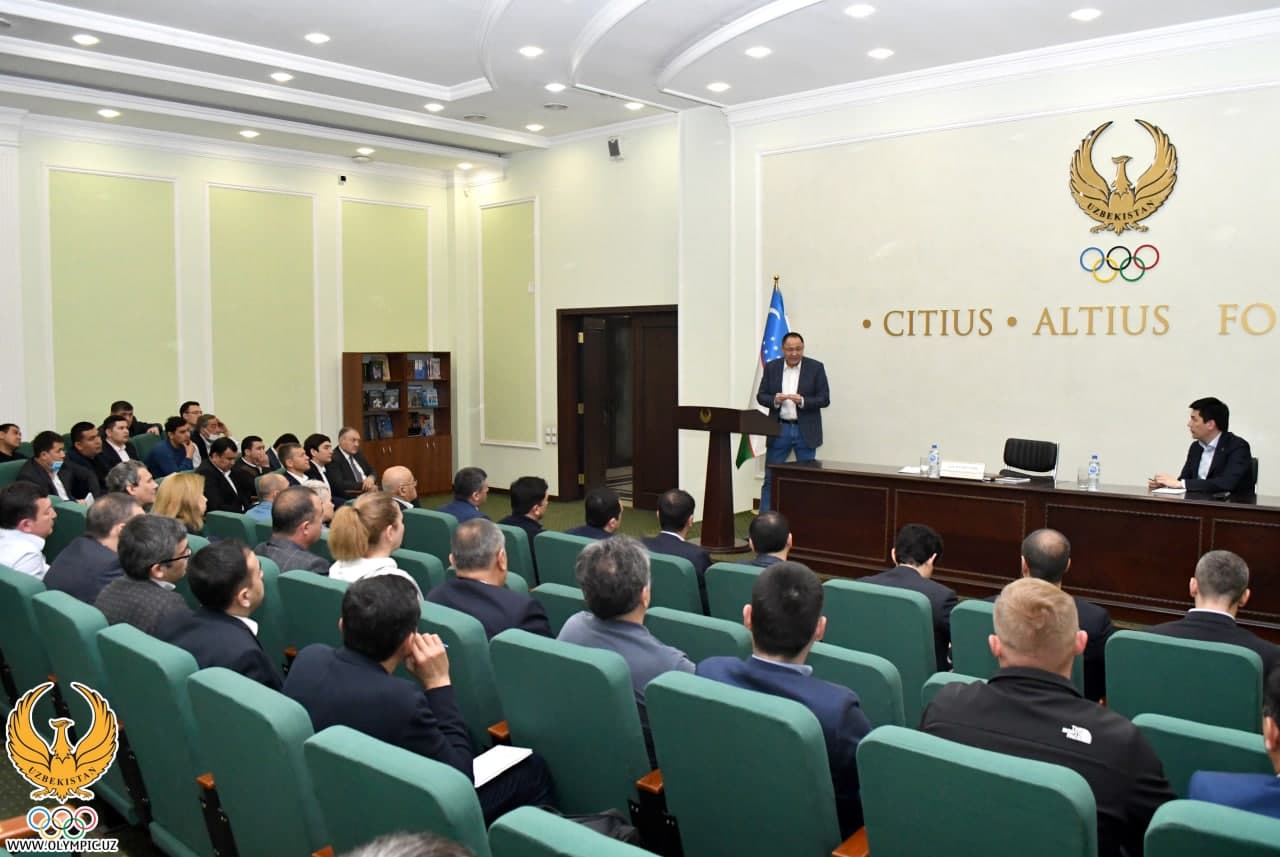 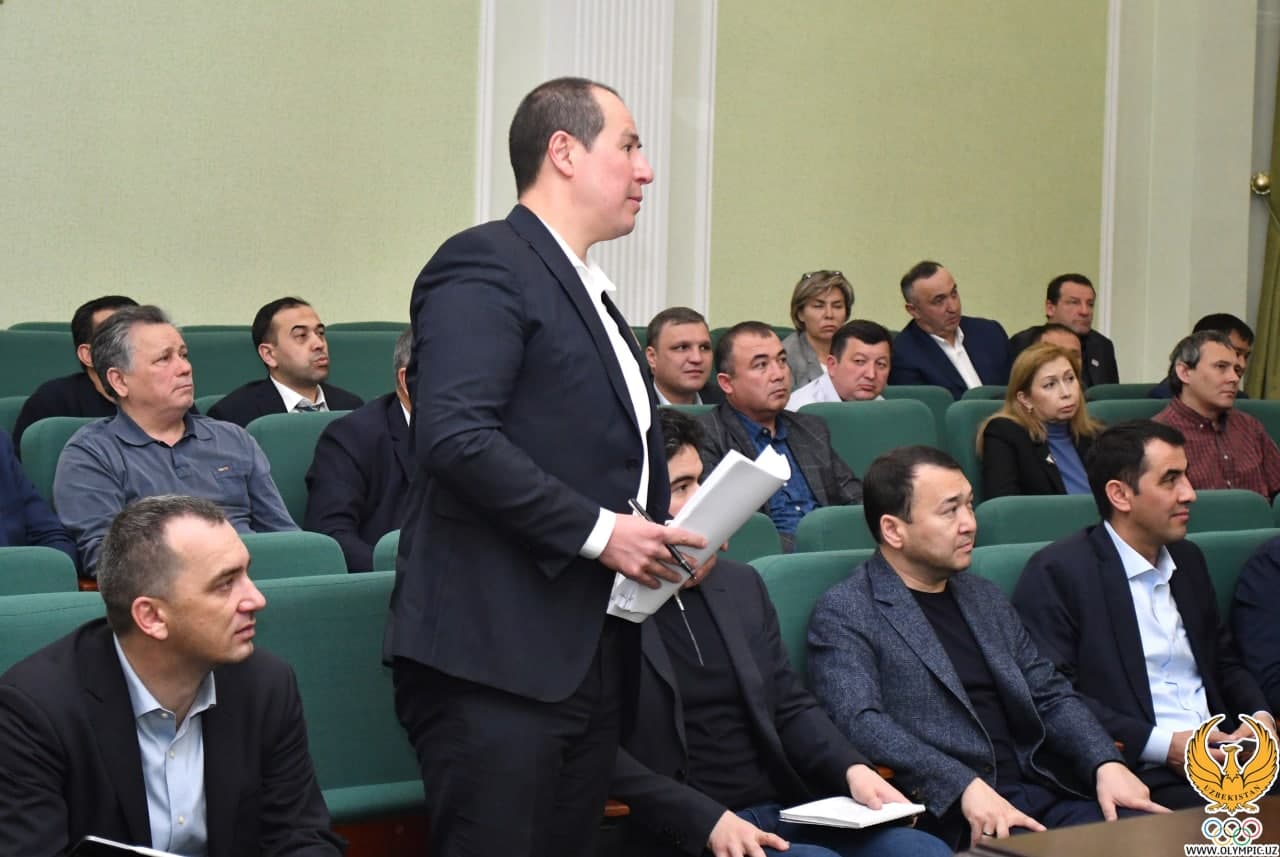 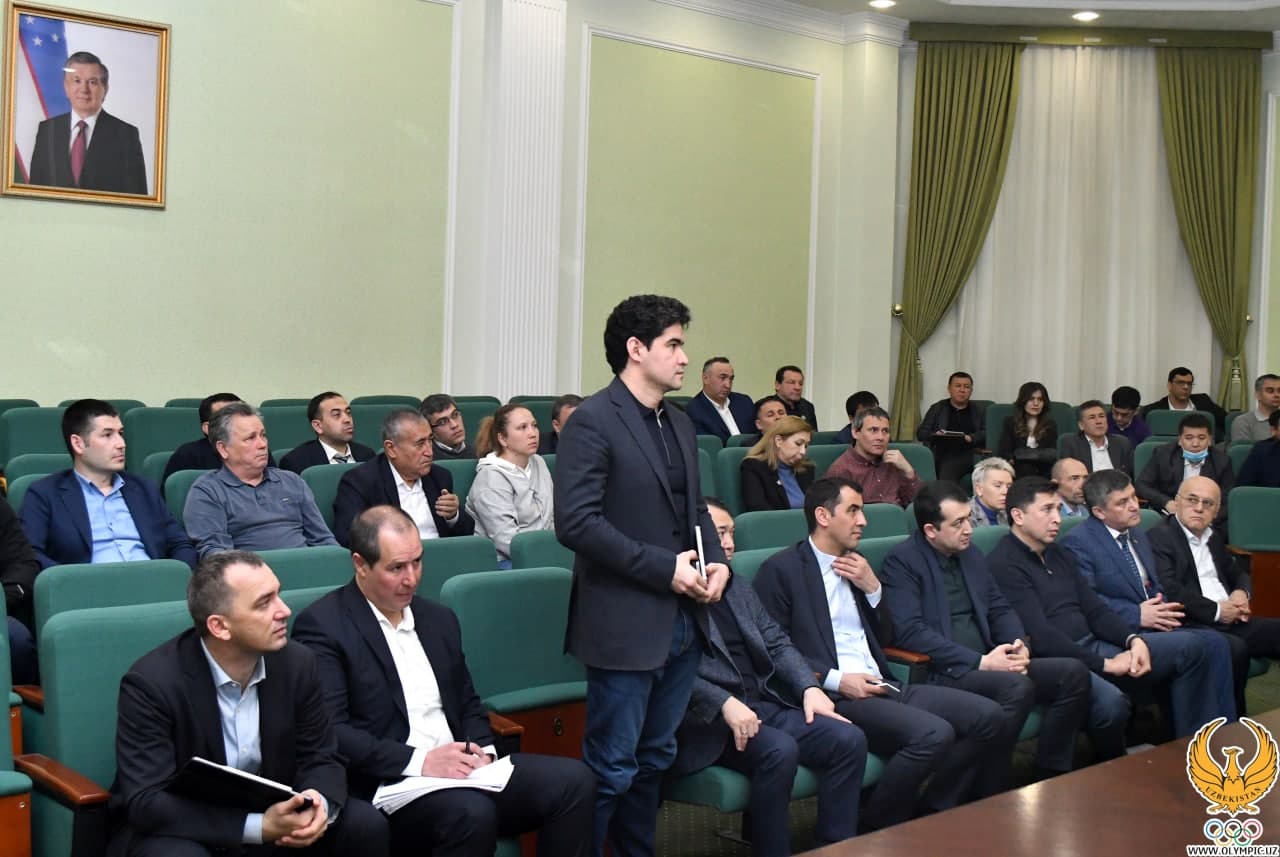 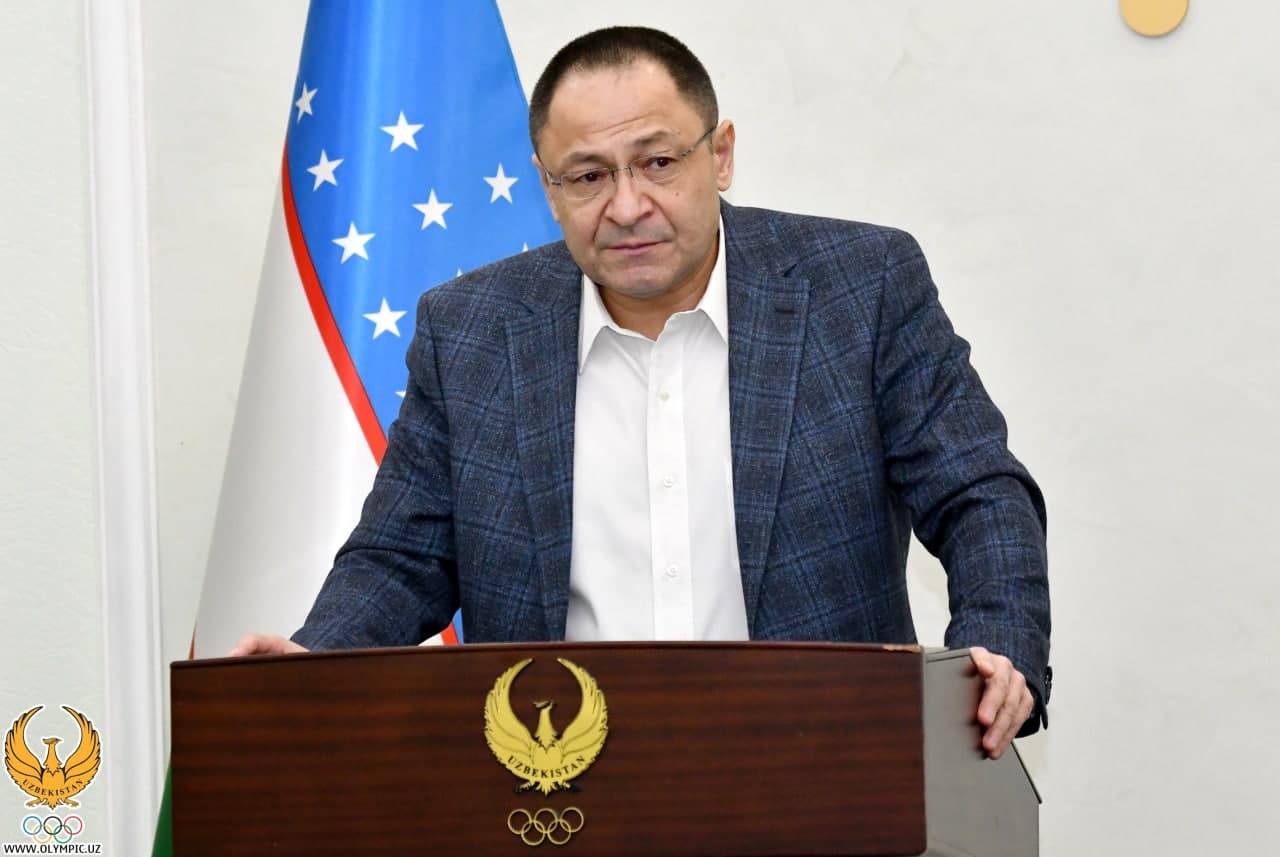 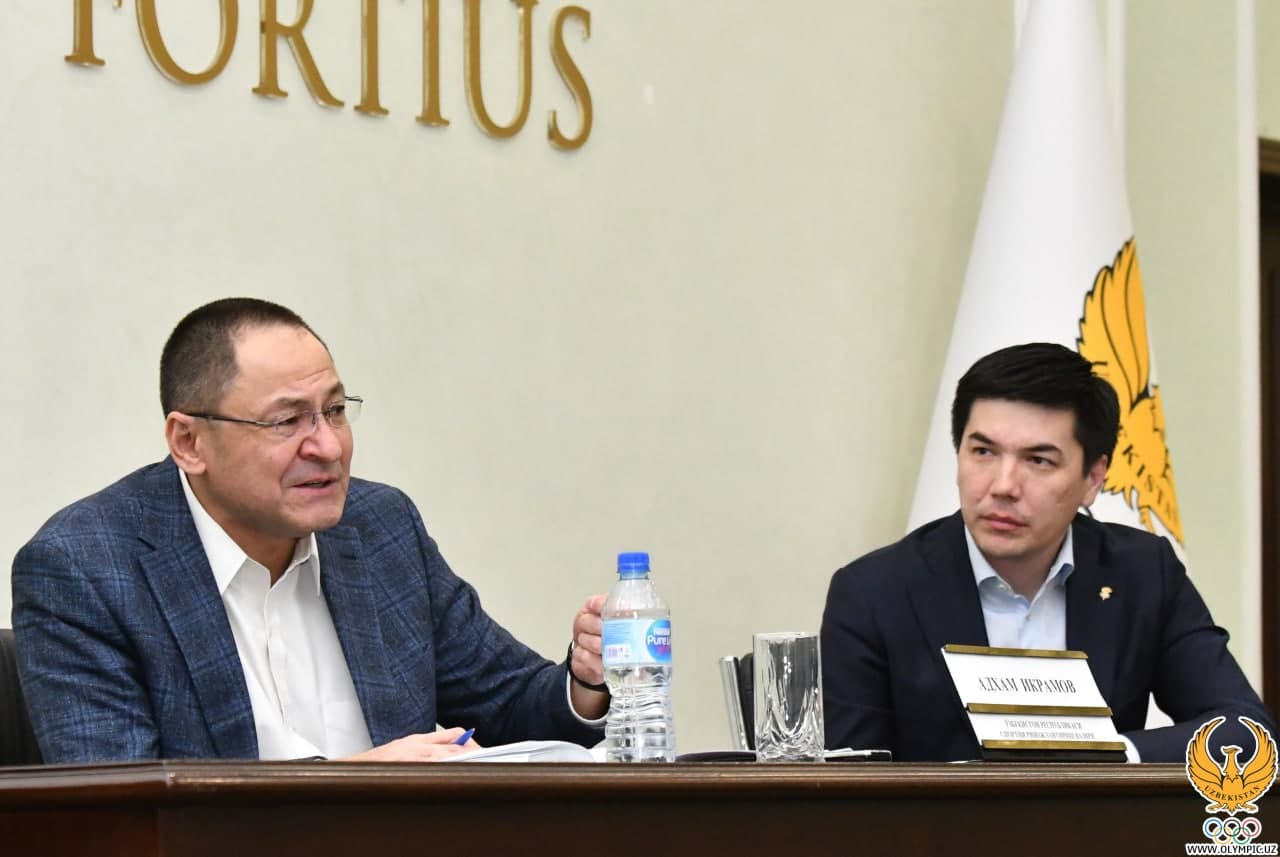 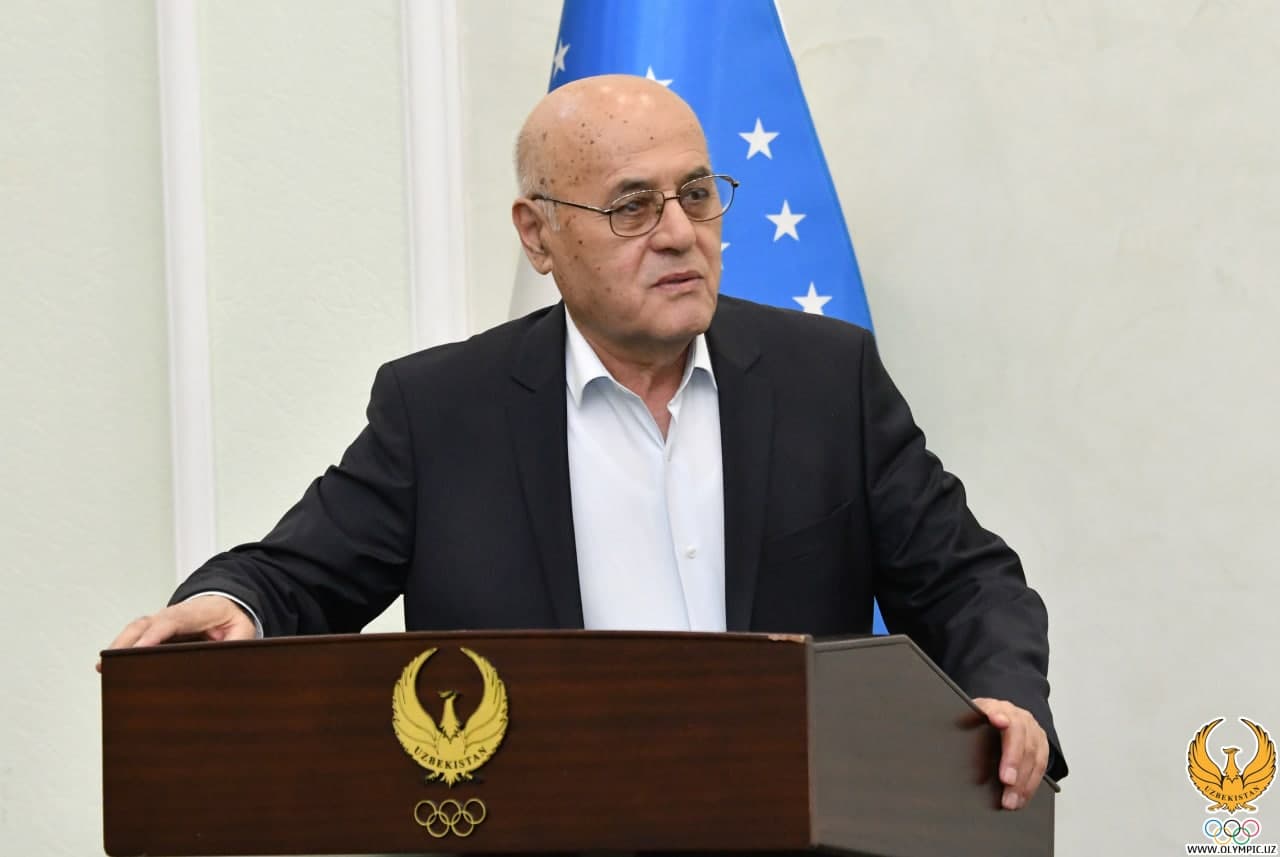 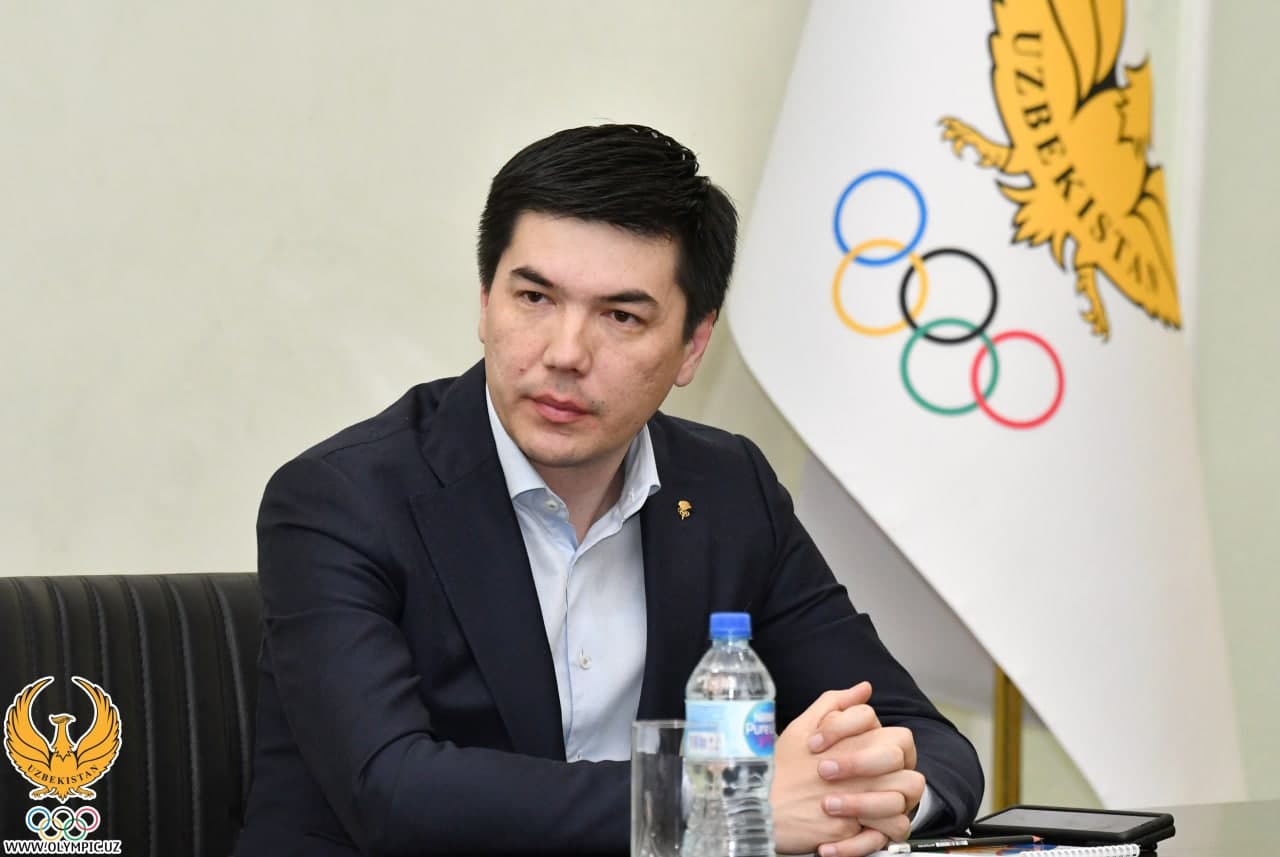 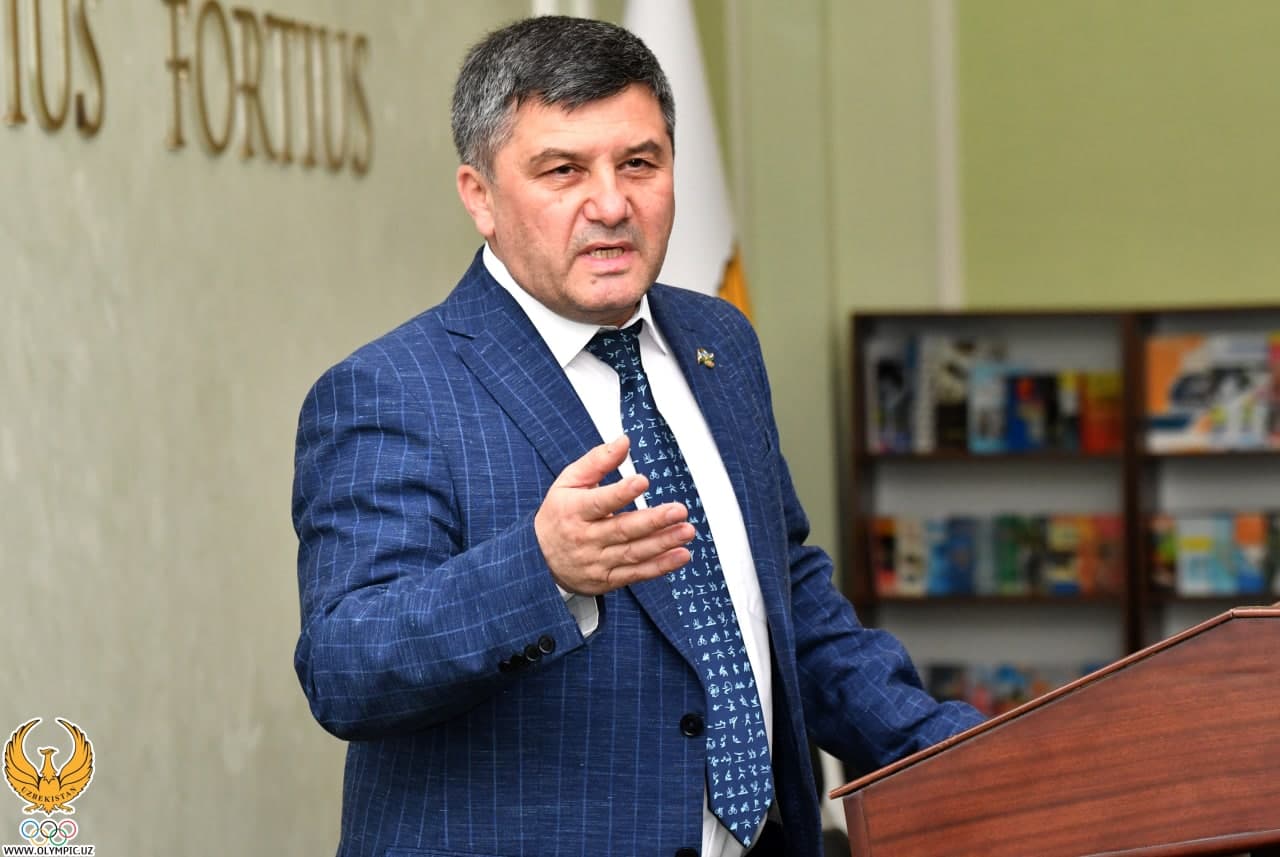 As you know, a few days ago, the Ministry of Sports Development was established by the relevant decree of the President of the Republic of Uzbekistan, its composition was formed. Today, Sports Development Minister Adham Ikramov met with representatives of the NOC leadership, responsible persons of sports Federations and Associations, discussed upcoming plans. The event was held by the Secretary General of the NOC Oybek Kasimov, who once again introduced everyone to Adham Ilkhamovich, who is a well-known personality in the sports field. After that, the Minister of Sports Development made a speech on the agenda.

"Dear President expressed confidence in us in the further development of Uzbek sports and bringing it to a new level. We are determined to justify this trust, to work together as a single team. In his instructions, the head of our state gave instructions on such important areas as the development of mass sports, the establishment of strong breeding, and the improvement of high sporting achievements. Of course, when carrying out such responsible work, there should be a cohesive team," said Adham Ikramov.

During his speech, the Minister also touched upon the problems in this area, as well as new plans:

"After spending a few days in the Republic of Karakalpakstan, the Fergana Valley, I got to know the situation more closely. In the activities of a Children's and youth sports School and a Specialized Children's and Youth sports school, in the system of professional development of specialists working there, in carrying out their certification, there are enough issues waiting to be resolved. We have a plan to create a Fund that will work with issues of increasing the motivation of coaches, fully providing sports schools with equipment, holding more competitions to increase the level of mass sports. After discussing this issue with the leadership of the Ministry of Finance, we found a positive solution”"

Among the competitions of this year, the Asian Games, which will be held in China, are of particular importance. Adham Ikramov said that he will work separately with the Federations to prepare for the main start of the year.

"We will consider in detail all issues with the Federations based on the schedule. Before demanding results from Federations, we must pay special attention to what they need. Only after we study all their problems and find a solution to them can we demand a result. I do not ask anything from the Federations other than these requirements. There is very little time left before the Asian Games in Hangzhou. If we fail to perform well at them, we will lose the trust of our state and our people in us. NOC officials have extensive experience in sports management. I am sure that in mutual solidarity we will cope with the tasks set," the Minister of Sports Development said.

Chairman of the Council of Sports Veterans of Uzbekistan Bahodir Mahsitov also wished Adham Ilhamovich success in his new position on behalf of veterans. During the meeting, Adham Ikramov got acquainted with the representatives of each Federation. Along with this, the issues of working with the Uzbek State University of Physical Culture and Sports, schools of Higher sports skills, institutes of advanced training, further strengthening of the material and technical base of national teams and mass sports were discussed in detail.

In the end, it was decided to start work on studying the internal situation in each of the Federations from a new week.