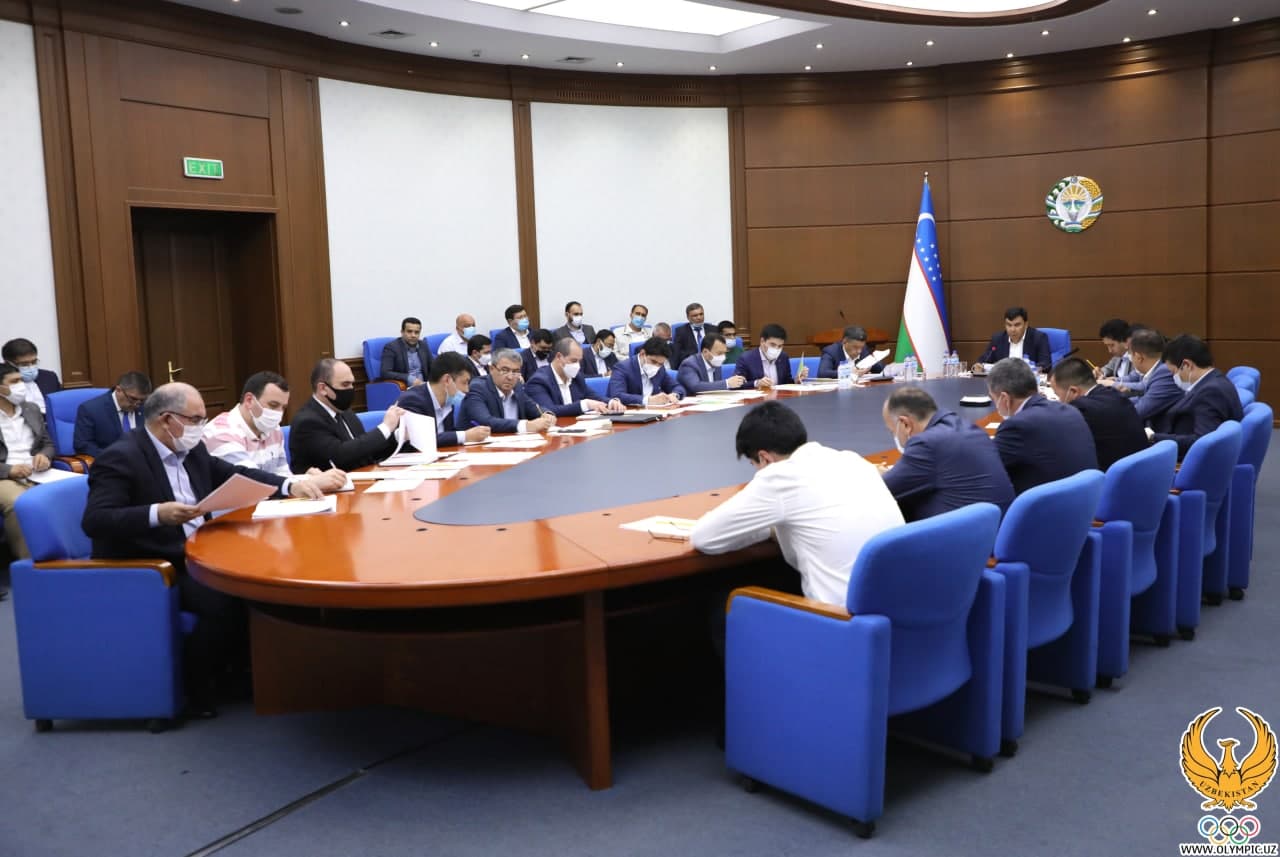 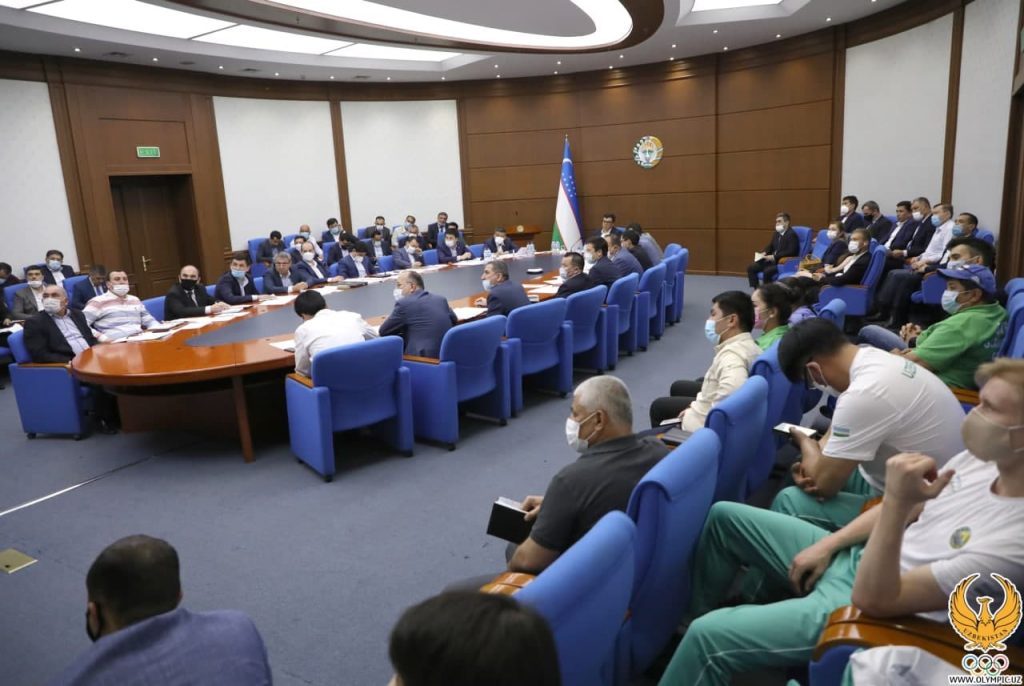 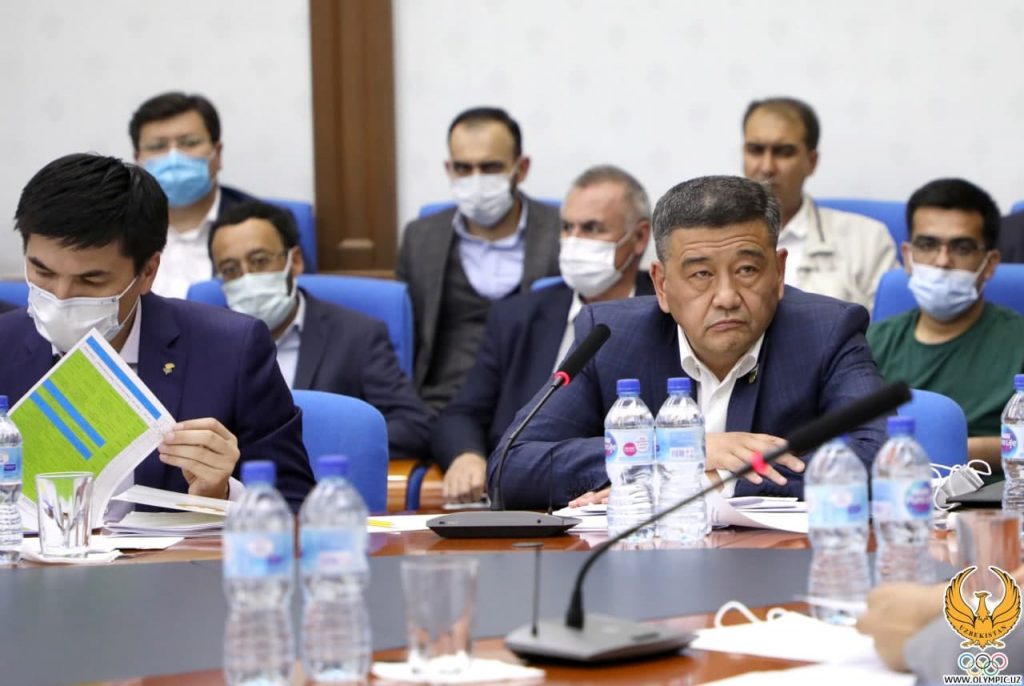 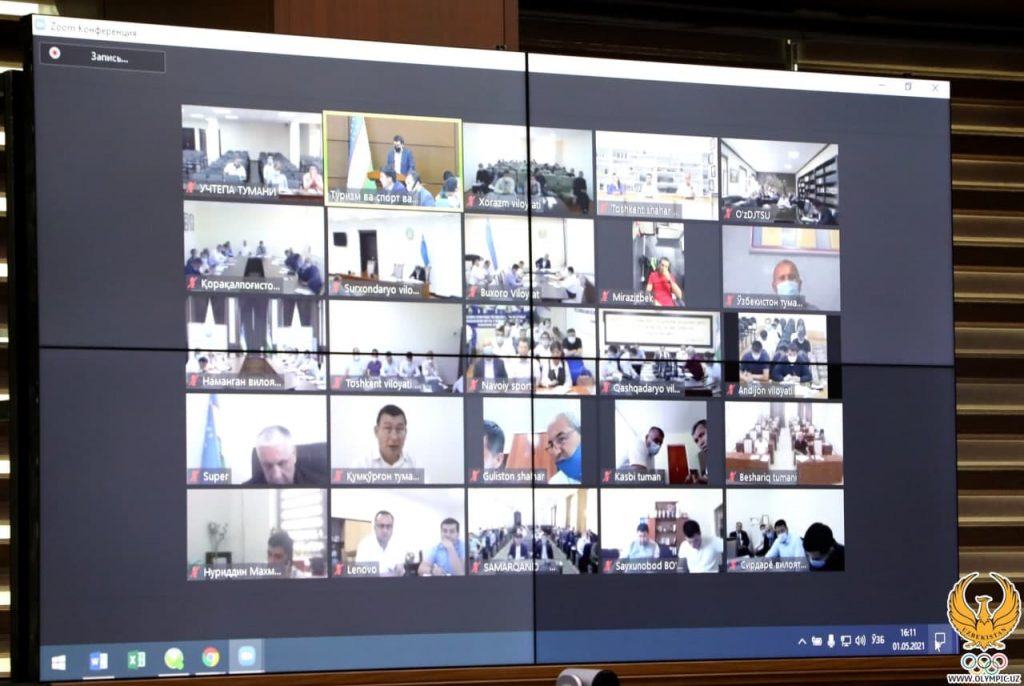 At the beginning of the event, IOC Chairman Rustam Shoabdurakhmanov spoke about the preparations for the Olympic Games in Tokyo.

“With the support of our president, great preparations are being made for the upcoming Olympic and Paralympic Games in Tokyo 2020. The state has created all the conditions for our athletes to be engaged at the proper level. The material and technical base of the national teams has improved. Now we are preparing not only for the 2020 Olympics in Tokyo, but also for the 2024 Olympics in Paris, where the baki cycle has already begun. A lot of work has been done in this direction. The number of foreign training camps has significantly increased to further improve the level of knowledge of our athletes. And the results can be seen against the background of the success of our athletes in the international arena. But at the same time, a lot of what we are doing and the issues that we expect to be resolved. There are 82 days left before the start of the 2020 Olympic Games in Tokyo. It is necessary to continue to pay attention to this process, to ensure the successful participation of our athletes in it as much as possible,” the IOC chairman said.

Aziz Abdukhakimov also expressed his opinion on the topics on the agenda. 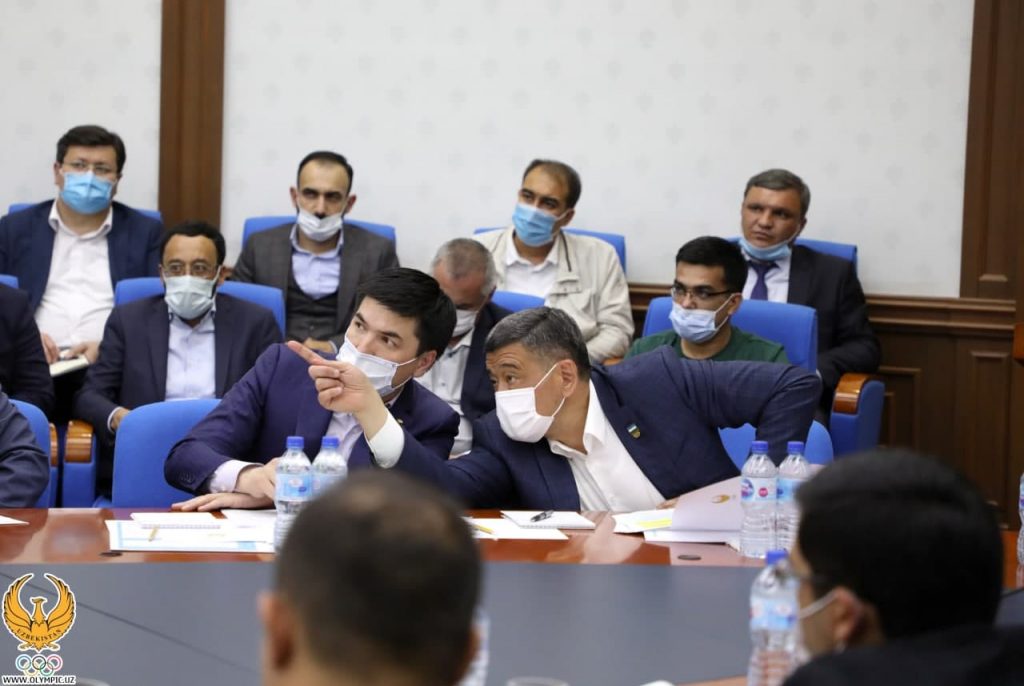 During the meeting, the deputy khokims of the regions were given instructions to receive information from the families of athletes who are waiting for permits, to study their conditions in depth, to further strengthen local attention to Paralympic sports, to conduct an active selection policy in this direction. Also, within the framework of the event, Olympic permits were considered in the context of the regions of the Republic and a critical assessment of the situation in the Bukhara and Syrdarya regions, which have only one licensee, was given.

At the meeting, Deputy chairmen of the NOC Saken Polatov, Azizjon Kamilov and Sherzod Tashmatov, as well as representatives of federations and associations expressed their opinion on the ongoing preparations for the Olympic Games in Tokyo, the successes achieved, the expected licenses, problems and shortcomings. 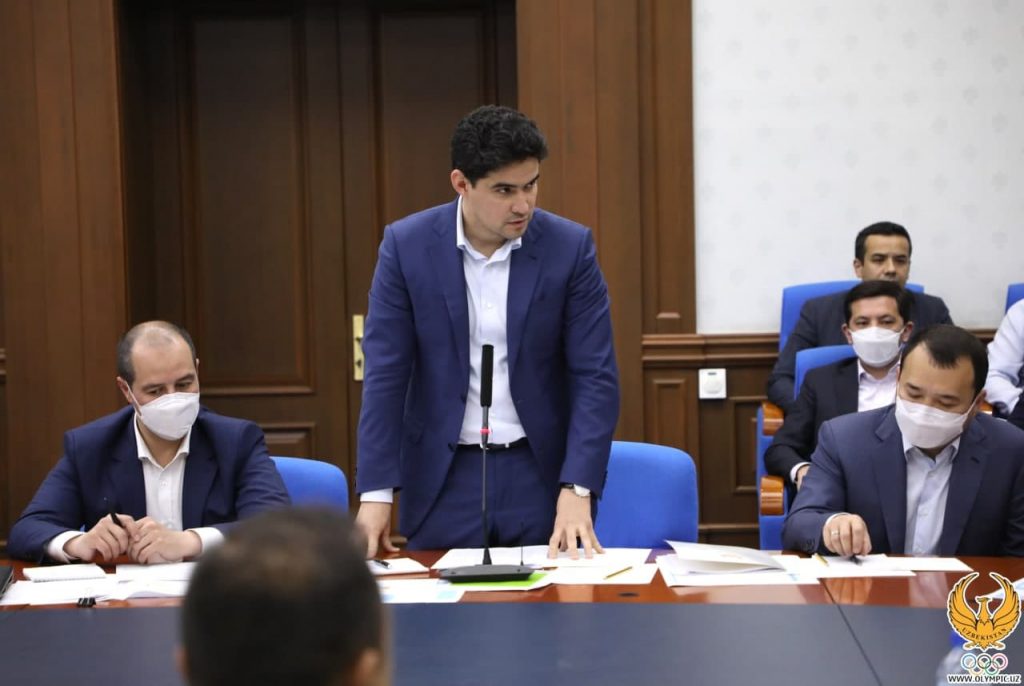 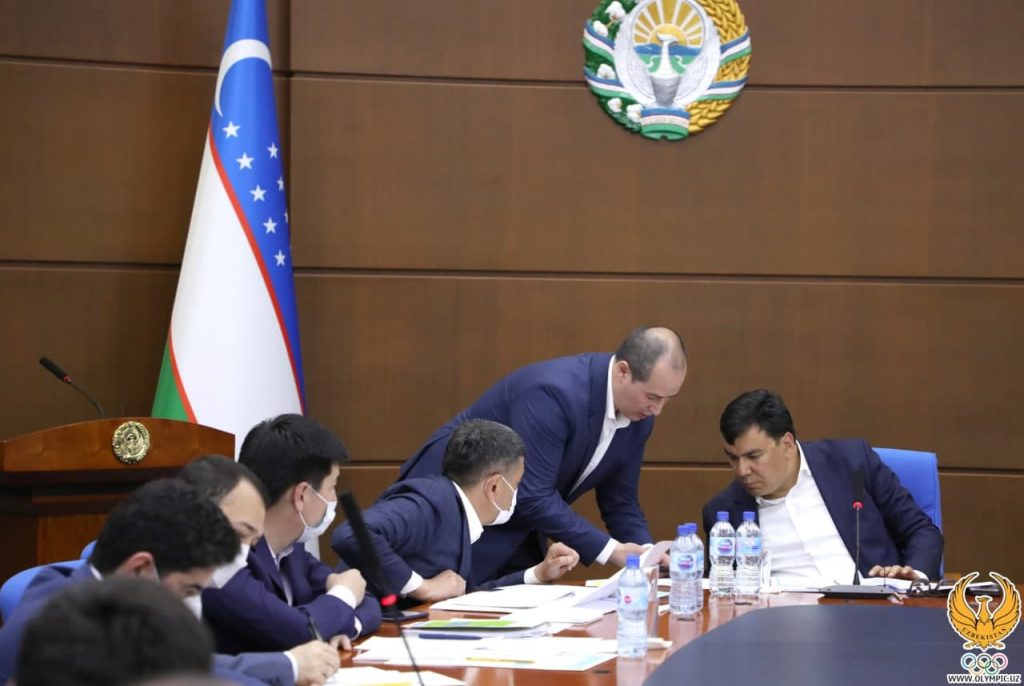 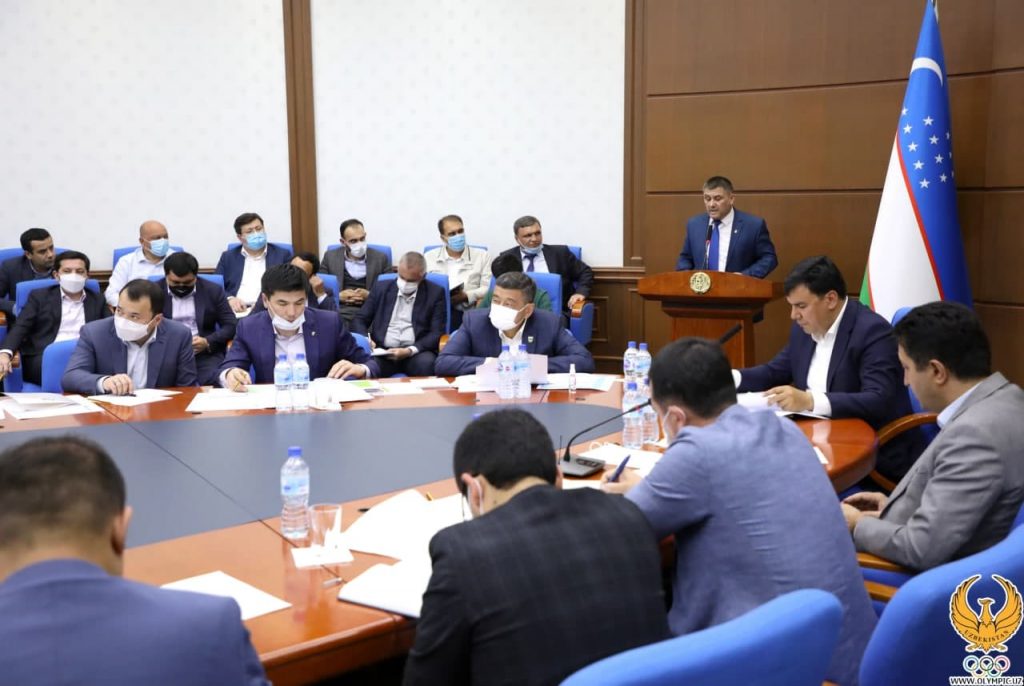 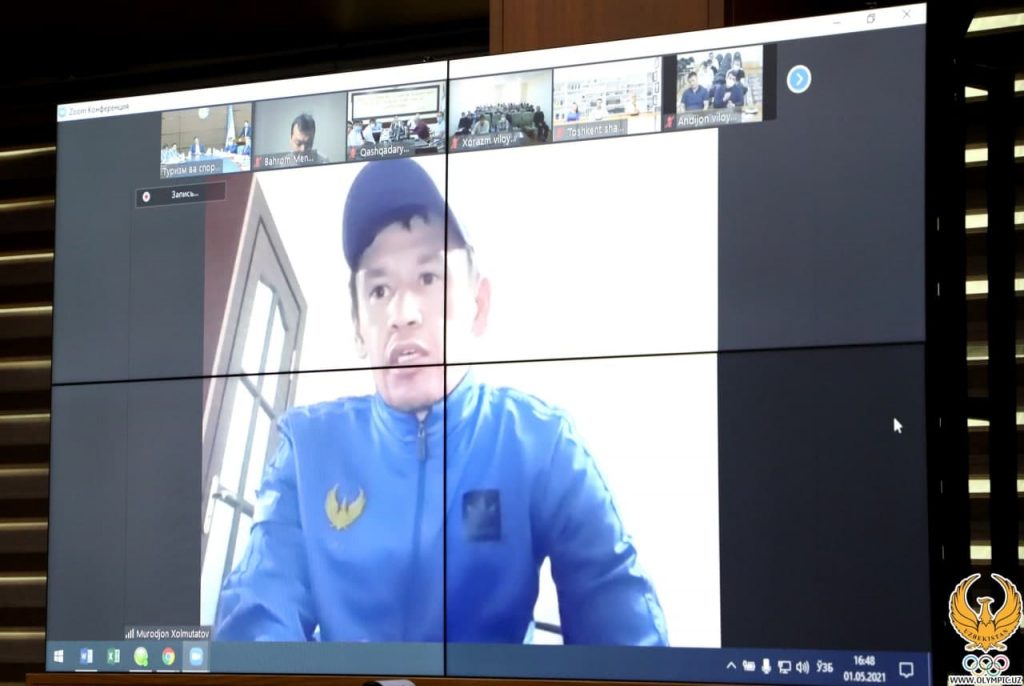 During the event, the General Secretary of the NOC, Director of the Directorate” Tashkent-2025 " Oybek Kasimov reported on the work on selection and preparation for the Asian Youth Games.

Aziz Abdukhakimov in his closing speech noted that the President of our country expects high results from our athletes at the upcoming Olympic Games, that it is necessary to pay attention to the development of both professional and mass sports.