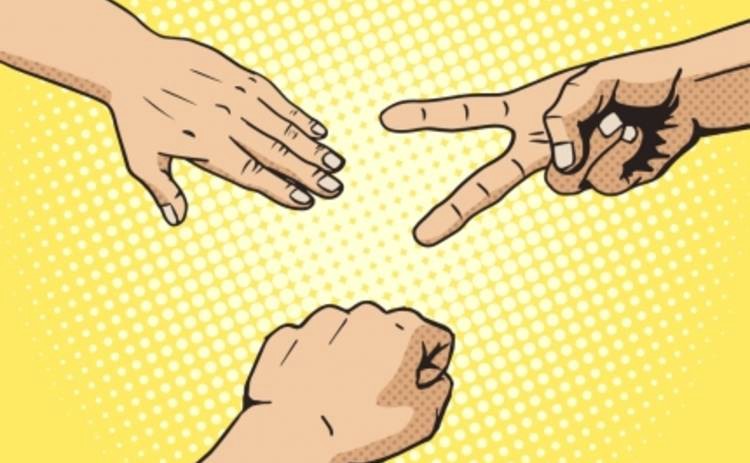 "Rock, Paper, Scissors": all the secrets of winning this game

Remember the last time you had to decide with your friends who pays the bill, who should get the last piece of pizza, or who runs for more. Most likely, you did it the old-fashioned way: you threw in "rock, paper, scissors" and hoped that your rock would beat your friend's scissors. "Popular Mechanics" found out how you can use science to increase the chances of winning in this seemingly simple game.

Two players. Three figures. Three attempts. Only one final result. The rock beats the scissors that beat the paper that beats the rock. None of the items is dominant over all the others. Each game ends with a clear winner and loser, and in the case of a terrible draw — an instant rematch. To determine the winner from two participants of the game, you need an average of 1.5 attempts, to determine the winner from three players, you need an average of 2.25 attempts. According to probability theory, in the classical version, the probability of winning, losing, and replaying is the same: 1/3=0.333. This is the perfect international draw method. In the game "rock, paper, scissors" there is no place for bias, cheating or injustice. It's simple.

There are several strategies. Let's start with the scientific one. In 2015, three Chinese researchers Zhijian Wang, Bing Xu, and Hai-jun Zhou conducted a large-scale experiment. They watched 360 students divided into 60 teams of six, each of whom had to play 300 rounds of rock, paper, scissors. Everything about everything took more than two hours. And here are the conclusions that scientists have come to:

That is, let's imagine that you showed scissors, and your opponent won with a stone. The second time he will probably choose the stone again, so you need to choose the paper. So, the first rule is:

If you win, in the next round, choose what your opponent showed in the first round.

Professional rock, Paper, Scissors players say that although there are only 27 possible combinations in three rounds, eight of them — the "Great Eight Gambit" — are the most widely used and have semi-official names.:

On top of that, professional rock, Paper, Scissors players have noticed that beginners show the rock more often than other pieces. So, if your friends with whom you sat at the bar are not superprofi in "rock, paper, scissors", then you know at least three ways how not to become extreme and not pay for everyone on the bill, or how to guarantee to get the last piece of pizza.

The material was selected by Nikolai Merzlyakov.