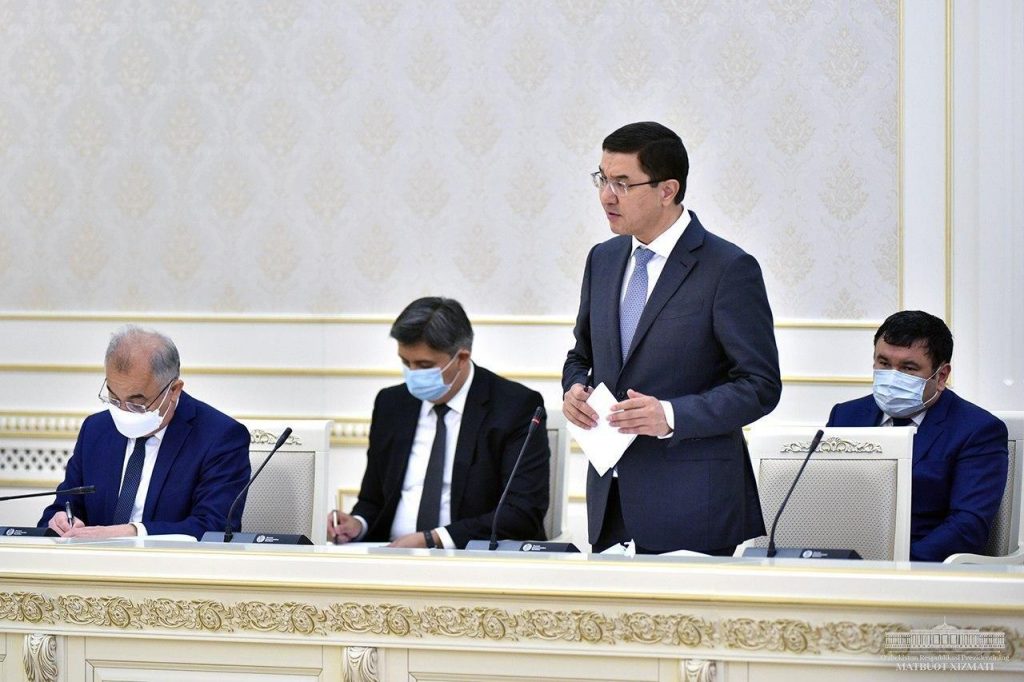 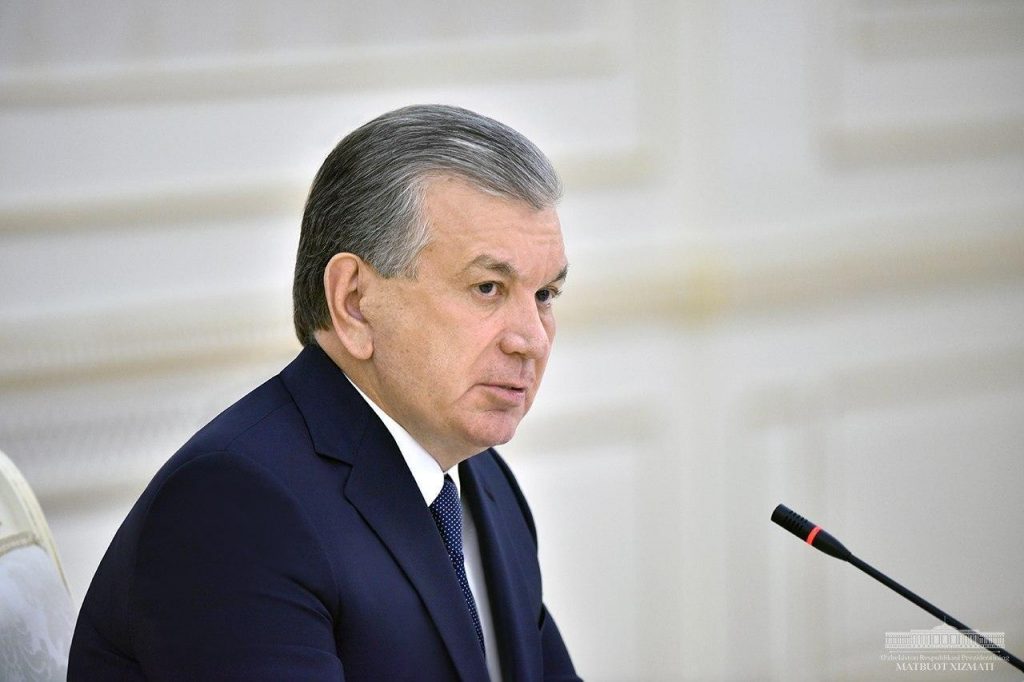 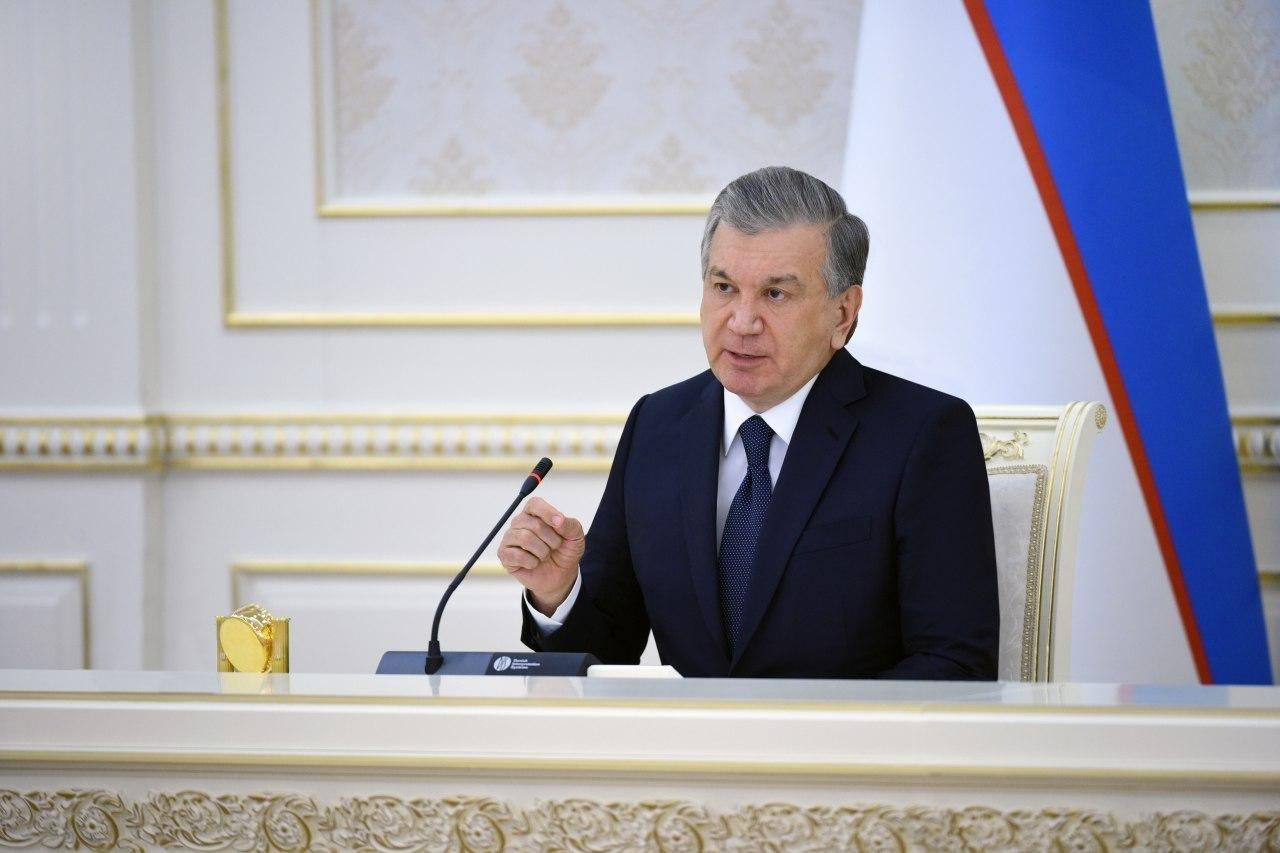 The parameters of the state budget for 2021 were discussed

A video conference was held under the chairmanship of the President of the Republic of Uzbekistan Shavkat Mirziyoyev to discuss the parameters of the state budget for 2021.

The coronavirus pandemic has seriously affected many plans. As a result of the decisions taken and timely measures, the implementation of the budget parameters for the current year is ensured. This allowed us to allocate 13.4 trillion soums to counteract the pandemic.

At the meeting, the head of state stressed that when planning the budget for the next year, the ongoing pandemic and the decline in economic activity at the global level should be taken into account.

Measures to ensure macroeconomic stability and the projected level of budget revenues were discussed. This requires economic growth of at least 5.1 percent in 2021, including 5.8 percent in industry and 6.5 percent in services and construction. It is also important to avoid exceeding the forecast indicators for inflation and budget deficits.

The responsible persons have been given the appropriate instructions. It is noted that an additional reserve for budget revenues can be the reduction of the shadow economy and the legalization of 600 thousand jobs, the integration of databases of 53 departments, the expansion of the list of products subject to labeling.

It is also planned to increase production at large enterprises. For example, it is possible to ensure the receipt of an additional 500 billion soums of excise tax to the budget as a result of fully meeting the needs of the economy and the population in natural gas, as well as streamlining calculations in this area. It is expected that the budget will receive an additional 250 billion soums of value-added tax due to the uninterrupted supply of electricity to the domestic market. The Ministry of Energy has been given appropriate instructions in this regard.

The Ministry of Transport has been instructed to bring budget revenues up to the 2019 figures next year by resuming flights and opening new routes.

In the context of the pandemic, it is planned to increase social spending by at least 15 percent in 2021 compared to the current year. In particular, it is planned to increase the level of coverage of children in preschool education to 70 percent, and the share of the private sector in this area to 25 percent. Budget allocations to the Ministry of Public Education will be increased by 16 percent. For the first time, 100 billion soums will be allocated from the budget for connecting schools to the Internet, as well as 200 billion soums for equipment.

In addition, next year, within the framework of the Concept of Science Development, the Fund for Innovative Development and Support of Innovative Ideas will be allocated twice as much funds – 100 billion soums.

For the first time, about 90 billion soums will be allocated for oncohematology. In addition, 7 percent of the proceeds from the excise tax on tobacco products will be transferred to the Fund to Promote the Recovery of People Suffering from Oncohematological and Intractable Diseases. Also next year, for the first time, 130 billion soums will be allocated to bring the coverage of medical services for patients who need hemodialysis to 100 percent.

At the meeting, special attention was paid to the issues of reducing poverty, supporting entrepreneurship and ensuring employment.

In order to reduce poverty, the number of low-income families receiving social benefits will be doubled compared to the beginning of 2020. It was emphasized that from January 1 next year, the system of distribution of social benefits should be fully automated by launching a single social register in all regions.

Within the framework of business support programs, it is planned to allocate more than 3 trillion soums of subsidies. In addition, 250 billion soums are planned to be allocated to the Employment Promotion Fund and the same amount to the Public Works Fund.

It was noted that the number of low-income citizens should be reduced by creating new jobs and attracting the population to entrepreneurship.

In the coming year, for the first time, 30 billion soums will be allocated from the budget to provide housing for orphans. Officials were instructed to develop a new procedure for providing such housing and to compile lists of applicants.

It is pointed out that it is necessary to expand the powers of local kengashes to form the budget. The regions should learn, as noted at the meeting, to find and use additional reserves, to solve social problems at the expense of them.

President Shavkat Mirziyoyev stressed that budget expenditures should be transparent, ministries and departments, and regions should spend every sum wisely.

Another important issue is strengthening financial discipline and control. The Ministry of Finance is charged with strengthening the internal audit system in organizations, preventing illegal expenses and shortfalls.

From now on, the procedure for publishing the structure and effectiveness of expenditures on the official websites of state agencies will be introduced, and managers who do not comply with this requirement will be fined. Control over this procedure will be carried out by the chambers of the Oliy Majlis and local kengashes.

The Deputy Prime Ministers are tasked with forming investment programs implemented at the expense of centralized, foreign and private investments.

At the meeting, the officials reported on the risks on the way to the implementation of the budget parameters by the end of this year and for the next year, as well as on the ongoing work to eliminate them.